How do you find a murder site from more than 100 years ago?

When we started digging into the case of lynching of Frank Little, we found there were a lot of misconceptions. A lot of myth, a lot of misremembering. Big, traumatic events induce that. So does time. People who witnessed some of the events surrounding the murder of Little in Butte in 1917 misremember aspects later. And people today, who weren’t there, mistakenly recall what supposedly happened.

People like to look for murder sites, and Frank Little’s is no different. When we decided to go to the site ourselves, we searched around to see if someone had already done the work for us. And we found several posts from folks saying they had found the site. But the photos showed different places. Knowing the rough location of the murder — on the southern edge of town, near Silver Bow Creek), the method (hanging), and that it had something to do with trains, people identified a variety of places: trestles over a creek, a railroad bridge over a highway, and so on.

Confused, we decided to go back to what we knew about the discovery of the body and to use that with some super-detailed archival insurance maps.

Here’s what we know: Charles Holmes found Frank Little when he was walking to work on the morning of August 1. Holmes lived on the south side of Butte and his route was an old wagon road that went north and connected with Alabama Street. The wagon road passed under a trestle of the Milwaukee Railroad. And that’s where Holmes found Frank Little hanging. The police came shortly thereafter, finding the famous warning note tacked on Little’s back. The newspapers even carried a picture of the trestle and a mark where Little had been hanging. 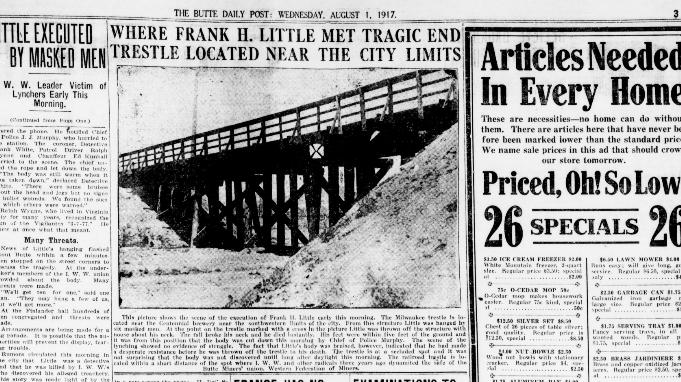 But, alas, in 1980, the Milwaukee Railroad abandoned its Pacific Northwest routes. It yanked up its tracks. Other parts of its railroad infrastructure were destroyed or fell into disrepair. So the trestle where Little was hanged is long gone.

We know the general area: the trestle was located down by the Centennial Brewing Company, which was just north of Silver Bow Creek. But how to find the exact location? 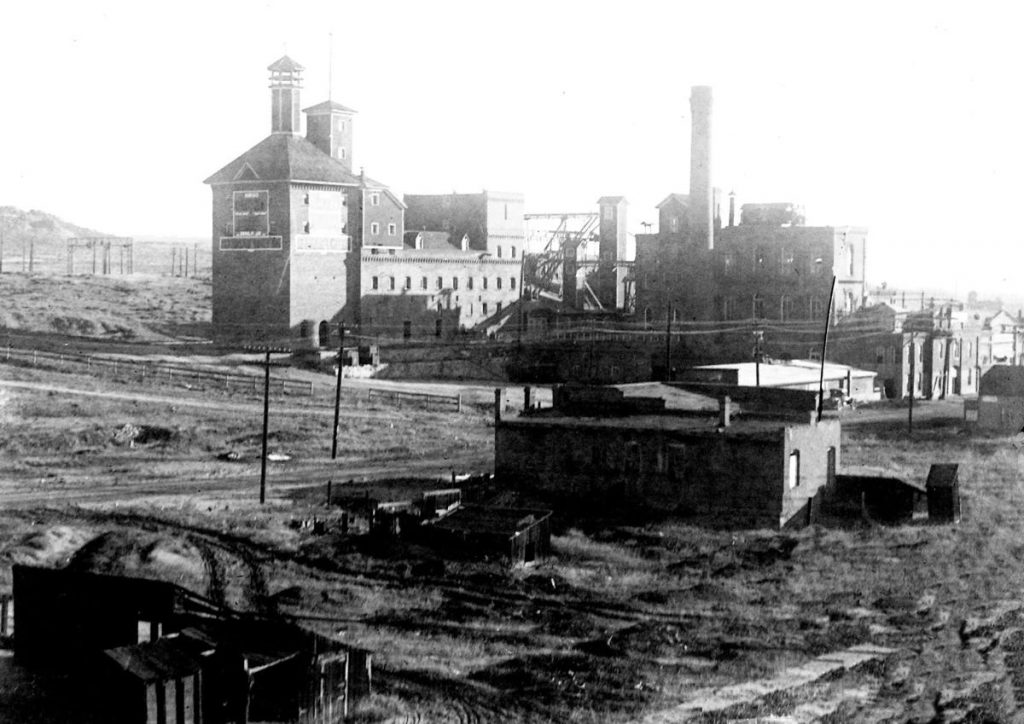 We used a very detailed old map called a Sanborn Fire Insurance Map. The maps are extremely detailed because the Sanborn Company was trying to figure out what buildings were at greatest risk of fire. To know that, they had to know all kinds of details. So we found a Sanborn map for Butte from 1916 and studied. It shows, among other things, the boarding house where Frank Little was abducted and the Finnish Hall where he spoke. 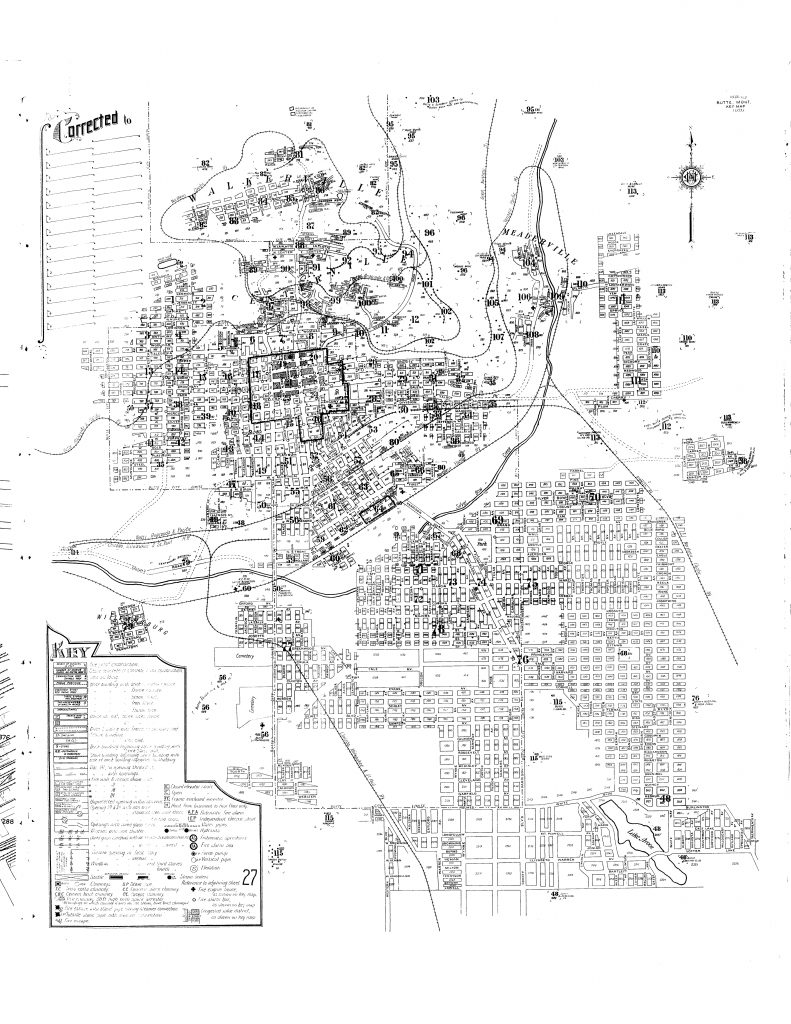 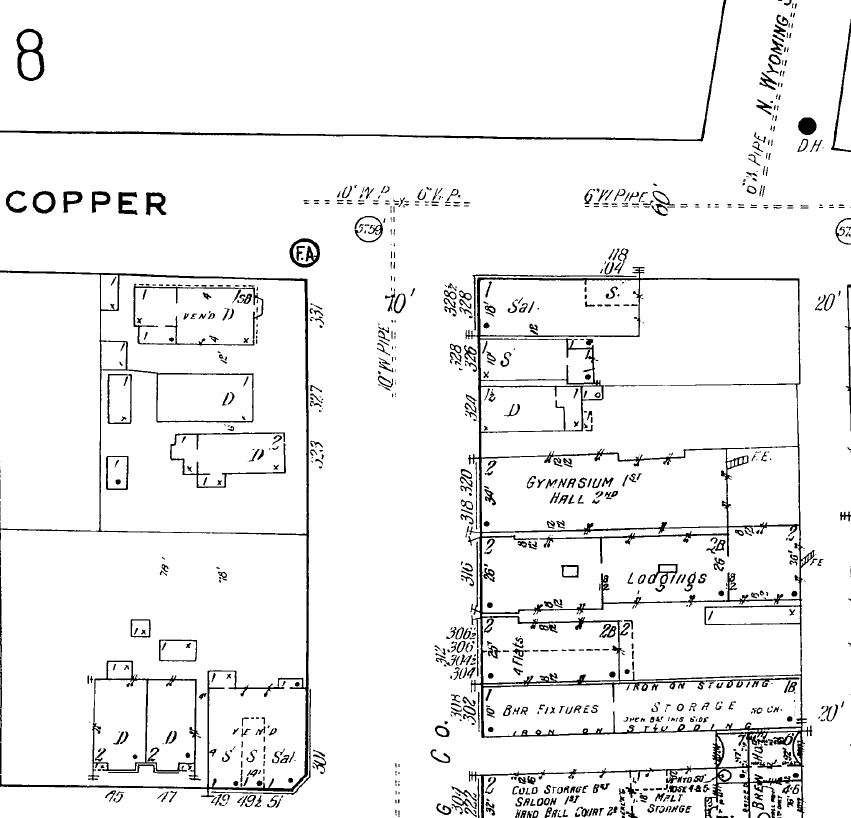 Detail of Sanborn map showing the “Lodgings” where Frank Little stayed and was kidnapped, and the Finnish “Gymnasium Hall” where Little spoke. 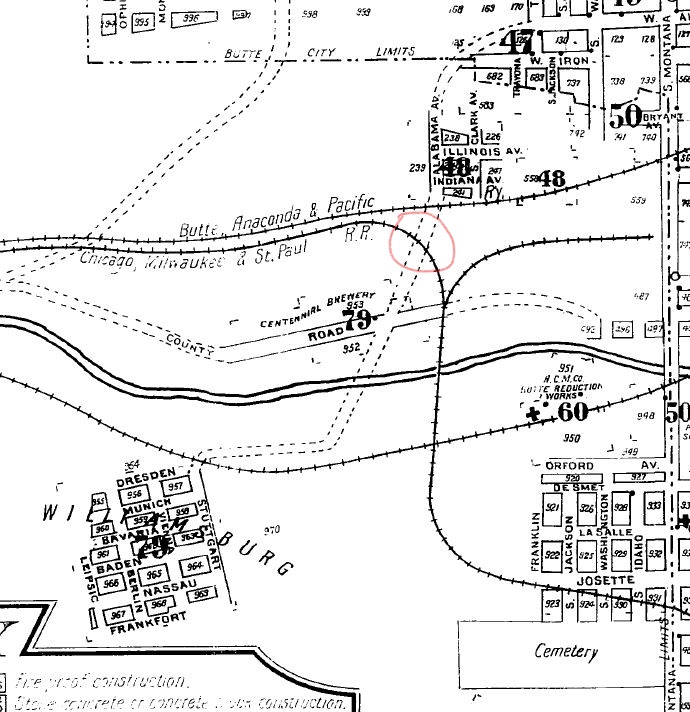 Detail of Sanborn Map, showing the area around the Centennial Brewery and the likely spot of the Milwaukee Trestle where Frank Little was hanged (circled in red).

Using some fancy map software, we can also stretch that old Sanborn map to fit roughly onto a current aerial photo map of the area. That gives a sense of where that old road that Holmes walked would have been.

There is a dirt road where the old Milwaukee line used to be, and there is still a bit of the road that Holmes walked on. Where these cross is probably the location of the infamous trestle. This is the area Leif and Zach explored in episode one. 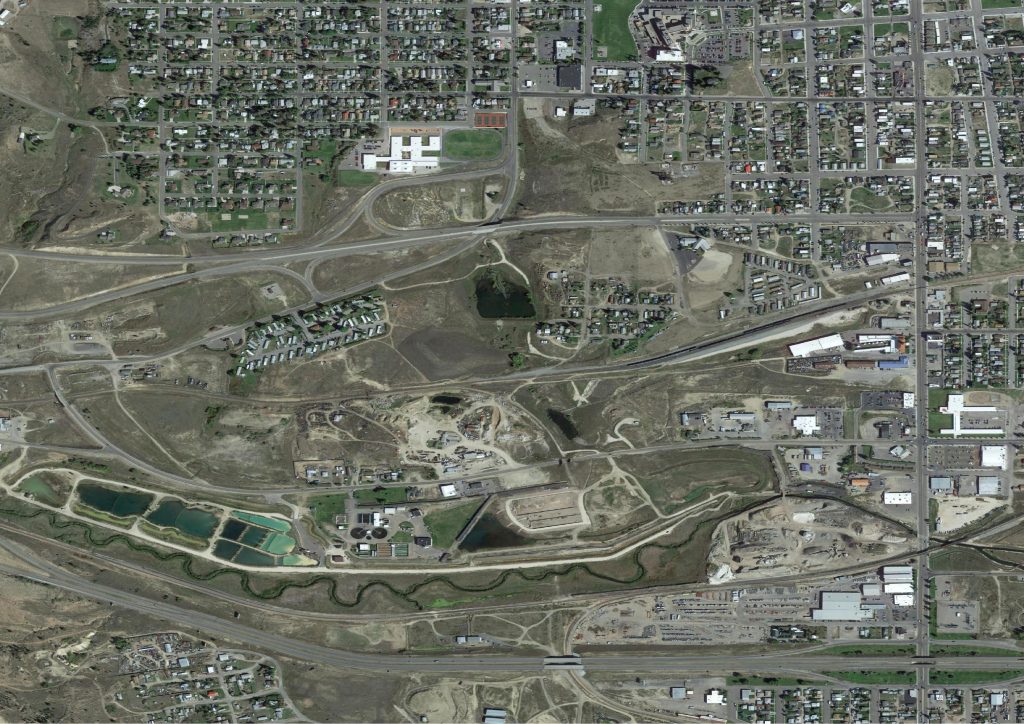 Aerial image of what used to be the Centennial Brewery area. 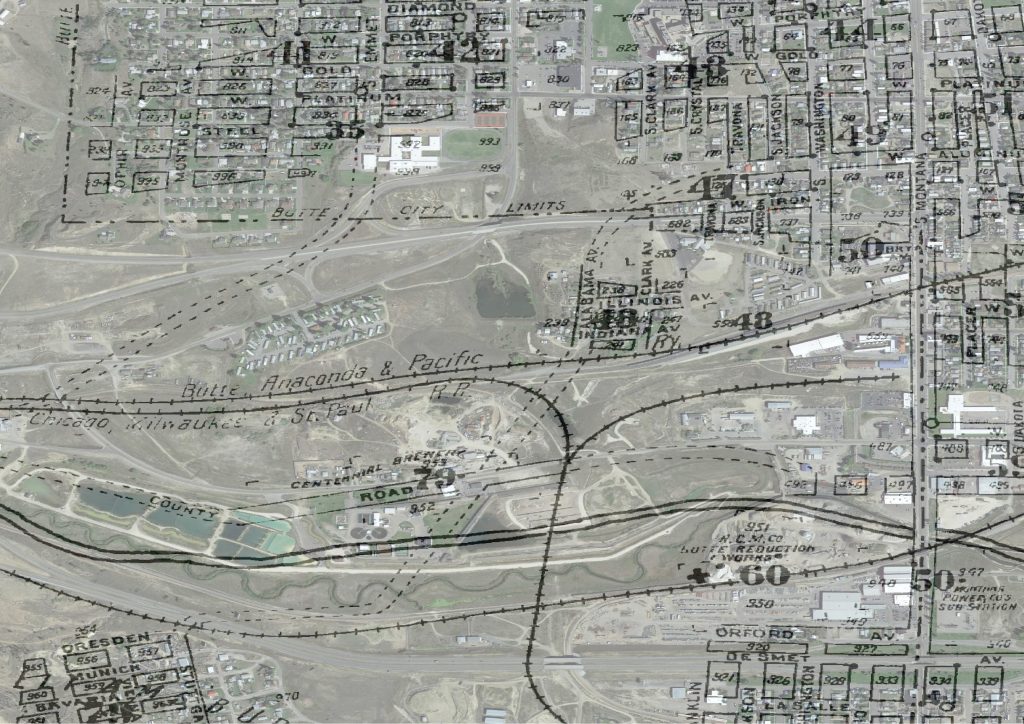 Aerial photo with Sanborn maps stretched to fit it (roughly). 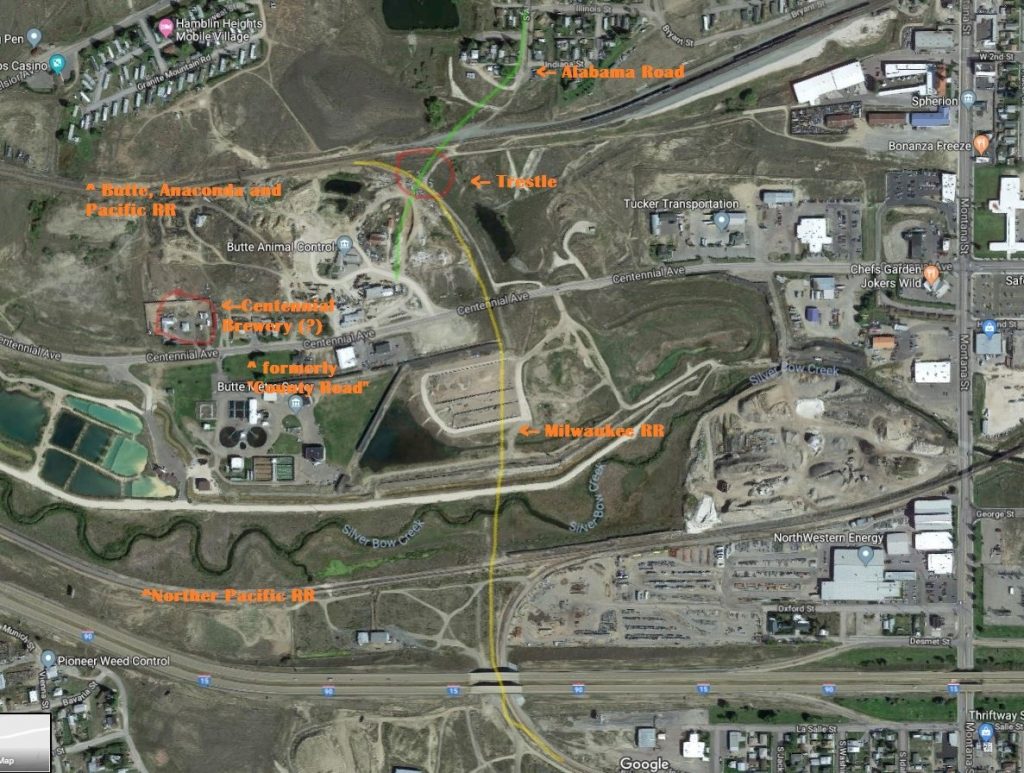