In episode seven, Frank Little arrives in Butte, Montana where, after 13 days of hell-raising speeches and furious organizing, he’s murdered by unknown assassins. The Death in the West team invades the sixth floor of the Hennessy Building and reports from what was once the nerve center of the Anaconda Company. 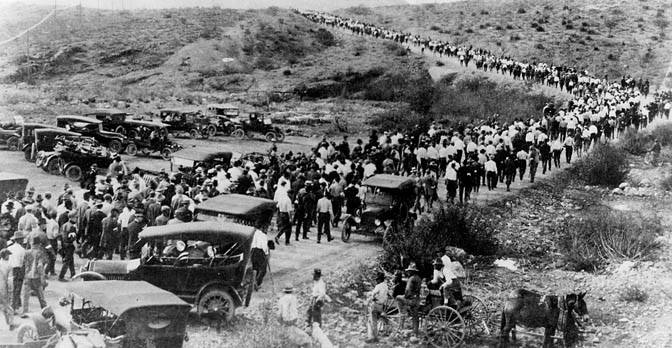 In episode six, America dives into WWI and conflicts between workers and their bosses reach a fever pitch across the West. The physical toll of multiple beatings begins to weigh on Frank Little as he travels from Arizona to Chicago and finally to Butte, Montana during the final days of his life.